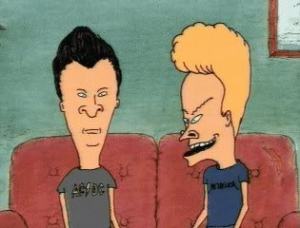 This is a post I’ve been meaning to write for a while. I’ve been feeling more and more turned off by LinkedIn.

Like most people I spent time carefully building my profile, seeking recommendations from former colleagues and joining groups relevant to marketing, social media and emerging technologies. But it is within these groups that I have observed a disturbing and growing trend.

Whilst my membership of many of these groups in the early days involved joining in with discussions, trying to answer questions and on occasion initiating discussions, most recently I have taken more of a backseat and become more an occasional observer

So why the change? Well, the trend that I have seen develop recently and rapidly in a number of groups is a nasty little habit amongst the members to snipe at each other. All done very politely of course and almost in the tradition of British Parliamentary debate (“I respect the views of the Rt. Hon. Member, but he is an idiot”)

Now lively debate and discussion is very healthy of course. In the days before social media, the letters pages of the marketing press would be filled with the same level of argument that others could contribute to by writing to the editor. But the ease of typing a throw away line into a group discussion means that a shooting from the hip attitude seems to have grown and the result doesn’t reflect well on those with a smoking gun.

What makes this worse is that I’ve seen these sniping, one-upmanship comments appearing in discussions initiated by people asking a very simple question. For example, in one group recently a member simply asked “How can I grow my number of Twitter followers?” After a few initial answers that were all quite fine, a huge argument broke out between two people over something barely related to the question! Of course, the person who quite innocently asked the question in the first place will have been bombarded with LinkedIn emails every time these two people piped up with a snipe and could quite possibly have viewed it as spam!

So, my view of LinkedIn has changed considerably recently. I’m not a fan of this trend of trying to prove that you know more than anyone else. Couple this with the trend to overtly promote your own companies wares (forbidden by most group rules, but roundly ignored) and I’m seeing LinkedIn as cross between a bear pit and a beauty pageant for the ugly!

Or have I got this all wrong?

2 thoughts on “LinkedIn – Is It Becoming A Bear Pit And A Beauty Pageant For The Ugly?”